Big feelings are normal, but sometimes they can be completely inexplicable

Cat and I were having a quiet morning, Cat had chosen to watch TV and I was getting some stuff done around the house. I had exactly zero solid plans for the day.  Cat came over to where I was working and asked me to watch her do her ‘show’. Her show consists of her reciting the poem ‘Humpty Dumpty’ She sits on the back of the couch, says the poem, complete with carefully tumbling down on the “had a great fall” line.  It was cute the first time. I admit, though, I’m less enthusiastic after about a hundred viewings. Possibly Cat could sense my lack of enthusiasm, and she suddenly landed on a fun and exciting new idea. She wanted to do her Humpty Dumpty show, but at the zoo.  Could we, mom? Could we go to the zoo so she could say Humpty Dumpty? 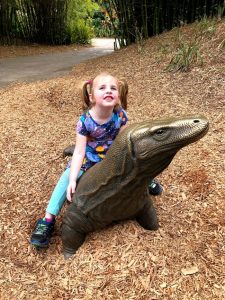 She was referring to the Jacksonville Zoo.  We had gotten a family membership as a Christmas gift, and we went frequently. Going would require getting both of us ready, packing supplies and a lunch, walking the dog, and then an hour long drive to Jacksonville. All of that, so that Cat can recite Humpty Dumpty again but this time at the zoo?  Well of course!  No question! It’s a beautiful day.  Nothing on my to-do list was as high a priority to me as this clearly was to her.  Some dreams are in reach. We packed our lunch. Got ready, and off we went. 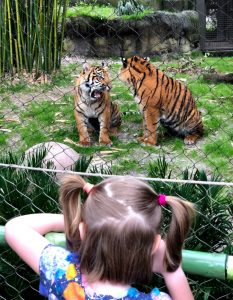 Cat is a frequent car-sleeper, and she fell asleep towards the end of the drive.  When we got there, she stirred, woke up, and looked around. I happily informed her that we had arrived at the zoo.  She burst into intense, racking sobs. She started screaming “No!!! No zoo!!!! I want to go home!! I don’t want to go to the zoo!   Screaming, crying.  I nodded.  “I hear you.  You don’t want to be here at the zoo and you wish we were home”.   She continued to scream variations on “No zoo!” I told her gently that we didn’t have to go the zoo, and that I would wait until she was ready to talk about it. She continued to scream and cry.  I waited. Her crying got less intense. I waited. She settled more still. I repeated that we didn’t have to go to the zoo, but this time I also quietly reminded her that the zoo has the train.  And the monkeys. And the animal show. She said “No! No! No!” to all of those things. Not ready to hear that yet. So I continued to wait.  Eventually she got quiet. There was a pause. And then, in a perfectly calm voice, “Ok mom. I’m ready to go do those things now.” 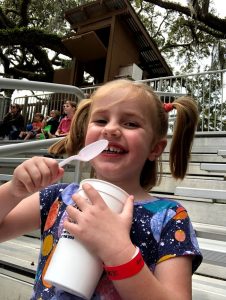 So off we went. We stayed at the zoo for a solid 6 hours, and had an absolute blast.  Humpty Dumpty was indeed recited. And then a peaceful drive home. Her emotional outburst took up maybe a total of 5 minutes (though it did seem longer at the time).  It was no more of a disruption than a sudden need for a bathroom stop. We stopped, processed feelings, regrouped, and moved on. 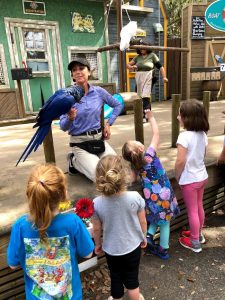 If this incident had occurred before I internalized my rules about emotions, it would have gone very differently.  Believing that angry and upset feelings were the responsibility of the person who apparently caused them, rather than the person experiencing them, I would have experienced Cat’s upset about being at the zoo as an accusation, or an attack. Cat’s screaming meltdown would have triggered confusion and defensiveness in me.  “What?!?  What do you mean you don’t want to go to the zoo? You asked to go to the zoo!  We only came here because you wanted to!”  Of course, I would have seen Cat as being responsible for my negative feelings, so my confusion and defensiveness would have been compounded by feelings of being wronged and angry.  “You want to just go back home? Yeah.  That’s not going to happen. You wanted to go the zoo, we’re here now, we’re going to go enjoy the zoo and that’s that.”  Or perhaps, “If we don’t have a good zoo trip after I took all the trouble of getting us here, you can bet that we won’t be going to the zoo the next time you ask.”  Or perhaps the guilt-trip route. “Cat, when you say things like that you hurt me.”   But of course she can’t hurt me in that way.  Just as her emotional reactions are hers, my emotional reactions are mine.

Believing that feelings are supposed to make sense, I would have felt justified in telling Cat, in one way or another that her feelings were wrong.  “Oh, Cat, you can’t be unhappy about the zoo!  You love the zoo!! I know you don’t mean it when you say you don’t want to go to the zoo!” Or perhaps I would have pushed back all of my anger, grief, and hurt, and then immediately encourage Cat to do the same thing with her feelings.  “Cat! The zoo has snow cones! I know you want a snow cone! If you give me a great big smile right now I’ll buy you a special toy at the store!”

I honestly have no idea what caused her upset.  It’s possible that the transition from a peaceful car nap to suddenly ‘we’re at the zoo!’ was too jarring of a transition.  It’s possible that the the messy, complex, real-life version of going to the zoo did not match up with what she had imagined, and she needed to grieve for her imagined zoo adventure before embracing the real one.  Possibly it was nothing related to any of those things, and she just had some pent-up emotions that needed an outlet. 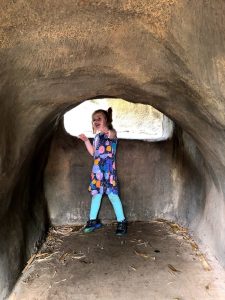 I’m not really concerned about what was going on.  She had big feelings, I accepted them. She didn’t want to go the zoo in that particular moment.  I accepted that, guessing that what she was truly saying is that she wanted to feel safe and secure again, in a way that she did not right at that moment.  I trusted that when her emotions subsided, and her rational brain took charge again, she would reconsider, and together we would decide how to proceed. One of the most useful things I’ve learned about emotions is that, intense as they are, they are temporary.  Accepting those feelings, letting the storm rage, is the fastest way to reach the calm on the other side.  So when Cat expresses big feelings, regardless of what they are or how odd they may seem in the moment, I accept them. I empathize. And I wait.

I admit that I briefly contemplated telling her that the zoo was not optional at this point, since we had already gone to all of the effort of getting there.  She has to learn, after all, that when she makes a choice she has to stick with it. Except that I don’t actually want to teach her that at all. I don’t want her to learn to stick with her choices, good or bad, wrong or right.  I want her to learn to choose and choose, and choose again. I want her to reevaluate her life on a regular basis. When she finds that the consequences of her choices are not what she wants, I want her to turn around, choose again, try another path. 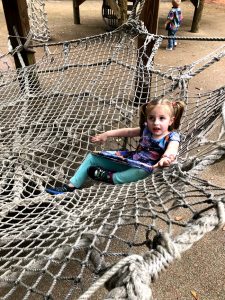 When I told her that we did not have to go to the zoo, I was reminding her of something that was factually true.  There was absolutely nothing preventing us from driving back home, or going somewhere else in Jacksonville.  I am certain that this reassurance led her to process her big feelings more efficiently. She was not trapped at the zoo. She could still choose. 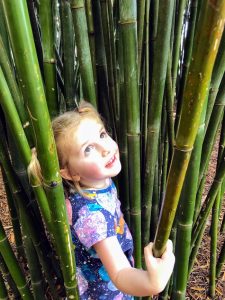 I value Cat’s ideas and activity proposals as highly as I value my husband’s or my own. And I treat them the same.  I make space for them and facilitate them when I am able. (While also acknowledging and considering my own wants and needs)  When she has big feelings, I accept them and treat her with the same empathy and care that I would for a friend who has undergone a major loss, even if the circumstances seem trivial to my adult brain. I make most of the big decisions, but I consider Cat’s input and preferences carefully and take it into consideration when I decide the course of our days.  I do these things because I love and value my child. But seeing her beginning to demonstrate the same degree of concern, awareness and empathy for me that I regularly show to her brings me intense joy.