It’s cold this morning.  Cat has been fairly obsessed with riding her balance bike lately, clocking in at least 2-3 hours a day riding around the yard.  She was ready for another ride after breakfast, so we bundled up and out we went. Cat biked around for a bit, but discovered that the cold was quite uncomfortable despite her gloves and hat.  And the cold nip in the air got her imagination going. She biked up to me. “Mom, I’m scared.” I expressed my concern, and asked her to tell me more. “I’m afraid that snow wolves will come and get us.” 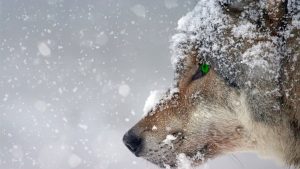 Now, sometimes Cat expresses fears of dangers that are completely real.  She gets herself into a scary predicament on a climbing structure, or gets growled at by an angry dog.  In those types of situations, I immediately act to protect her. When appropriate, I encourage her to find her own solution, but if the danger is real or immediate I do whatever is necessary to see to her safety.

And then there are the dangers that are purely imaginary. Snow wolves are not going to come prowling our yard because of the chilly weather.  Nevertheless, Cat was frightened. But here’s the thing. Cat was not frightened because of snow wolves.  She imagined snow wolves because she was frightened.  The weather had changed.  Her favorite pastime of speeding around on her bike now had this uncomfortable, almost painful element to it.  The cold biting her nose and her cheeks. Snow wolves. Makes a certain sense. 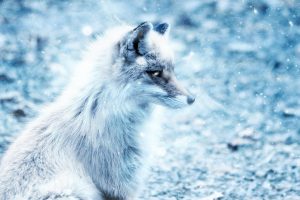 I didn’t explain to her that snow wolves are not a real threat.  I never, ever discount children’s imaginary fears. The danger may be imaginary, but the fear is real.  Instead, I empathized with her feelings. I told her that snow wolves do indeed sound frightening.  I asked her what we could do to protect ourselves from snow wolves if they came.  I have found that imaginary solutions are very often just the thing to quell imaginary fears. She thought for a moment, and then talked with conviction about getting knives, and telling the snow wolves that we would throw them at them and kill them if they didn’t go away.  A violent and aggressive solution, but not an irrational one.  And the simple imagining of this defensive move immediately brought Cat’s fears to an end.

She was past the fear, but still cold. She biked around for another minute or so, and then came back over.  “Mommy, my tummy hurts and I’m cold. I want to go inside and warm up.” I readily agreed. And as we went inside, I told her that I didn’t think snow wolves really exist, but that there are actually animals that live in very cold places called arctic foxes.  I told her a bit about them, and how they hunt in the snow and have white fur for camouflage. Then we went and watched a few videos of arctic foxes hunting in the snow (I love YouTube.) We giggled together as we watched the foxes execute their absurd bunny hop in their quest to catch tasty rodents.   And Cat launched into a whole other kind of imagination game, suddenly taking care of an imaginary arctic fox cub, making a nice cold home for him so he could be comfortable, and making sure he had lots of mice and rabbits to eat. And in our looking around at information, I learned to my surprise that there actually are arctic wolves, not too far off from Cat’s imagined snow wolves.  New information for me.  We spent some time together looking at pictures online of the regal looking animals, with their pure white fur. 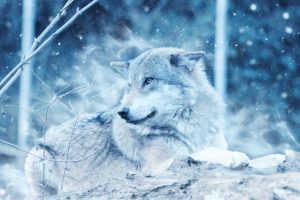 When Cat is scared, my response is rarely to tell her that she is safe, and that dangers are not real.  Such reassurances might help in the moment, but they’re false.  Our world is not completely safe. There are dangers that lurk, real and imagined, no matter what we do. If I routinely obfuscate the realities of our world when I interact with Cat, the lesson she will inevitably learn is that I cannot be trusted.  And if I tell her that she’s wrong when she describes her imagined fears, she’ll learn that I don’t trust her. Hardly the message I want to send. Instead, I teach her the truth as I understand it.  There are scary things in the world.  The danger is real, the fear is real.  And we can be brave. We can work to understand.  We can assert our boundaries and protect ourselves.  That even the things that scare us can also offer learning, peace and joy if we’re willing to move past the fear and really look.